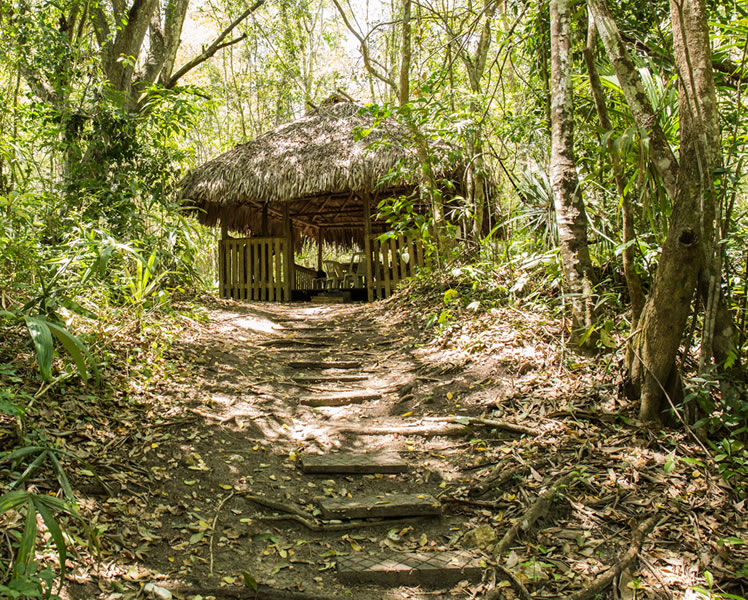 Balam Outfitters is located in a 200,000 acre jungle preserve that is within driving distance of Campeche, Mexico. 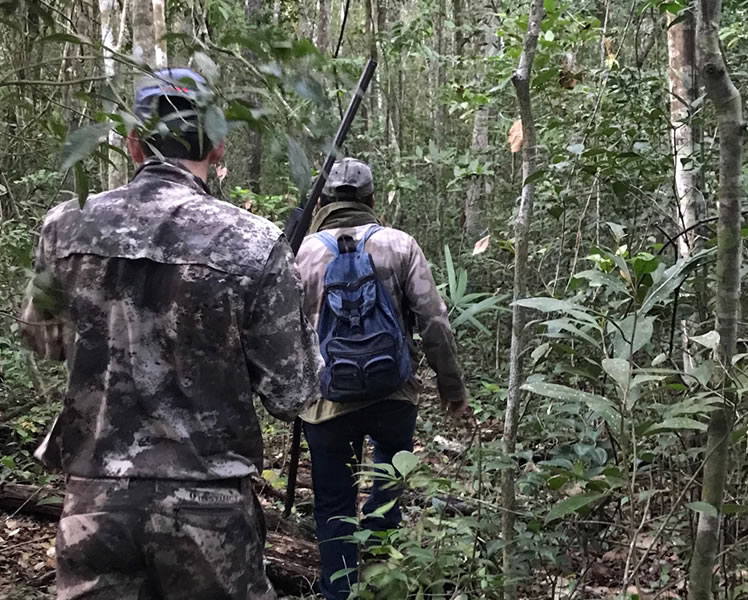 Once highly populated by the Mayan cultures, the south region of Campeche was abandoned by its former inhabitants in the 7th Century. During the 1940’s, over 1200 years later, the gum tree (chewing gum) collectors were the first modern explorers of this vast territory.

The zone is part of one of the largest jungle masses in the world. Besides the south of Campeche and Quintana Roo, it also includes the east of Tabasco, the Lacandona jungle of Chiapas, the Peten region of Guatemala, Belize and the north part of Honduras.

The habitat is a blend of tropical forests ranging from high, medium and low jungles, with a biodiversity that sustains one of the largest range of animal species from big cats like the jaguar, the ocelot, and the jaguarundi to rare animals like the tapir or the anteater.

Howler and spider monkeys, crocodiles, and more that 400 species of birds are also part of the vast collection of species found in this mysterious land.

To minimize the impact on the habitat, the camp is regularly moved throughout the preserve.  Wood-floored cabanas are covered and screened in. A community cabana hosts meals and drinks.

Accompanying the experienced guides are the camp host and a professional cook.  The covered dining room and over-the-river deck provide space for you to relax when you are not out hunting the surrounding 200,000 jungle acres.  On-site generators can power any necessary electronics and provide ample lighting.

Balam Outfitters is located in south Campeche, Mexico on the Yucatan peninsula.  Spanning over 200,000 acres, this is one of the largest habitats for the striking Ocellated Turkey. 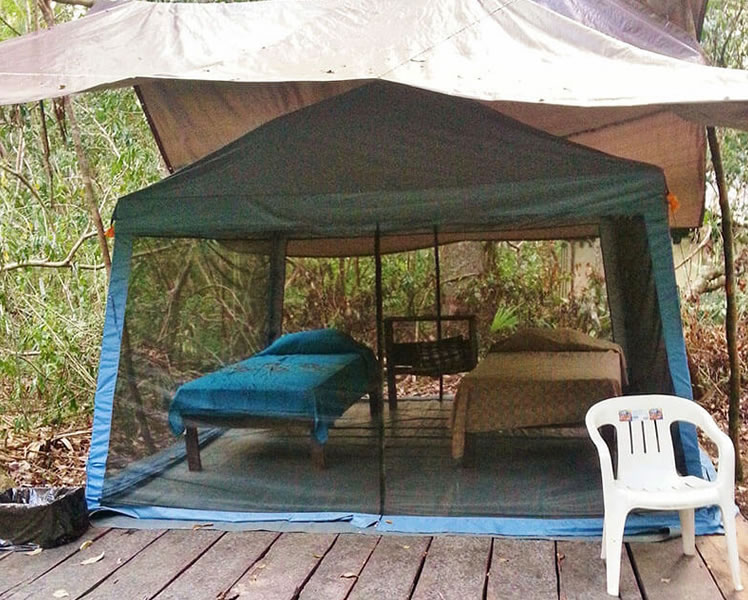 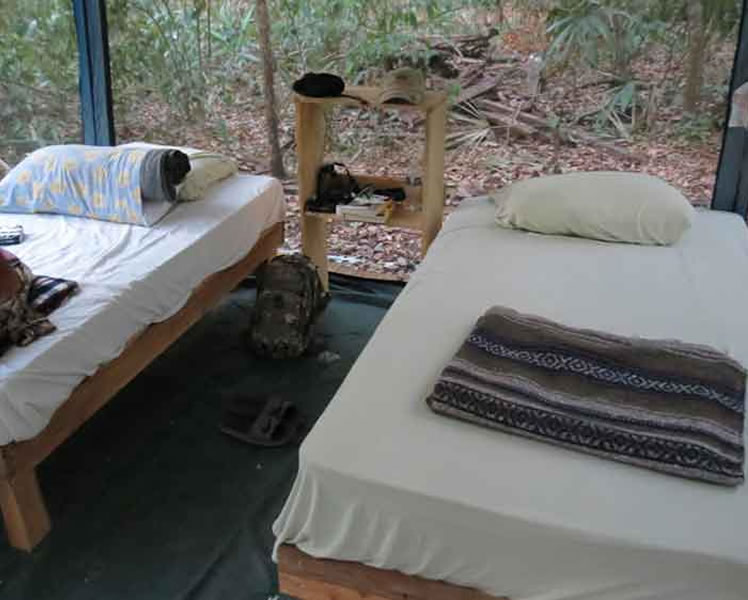 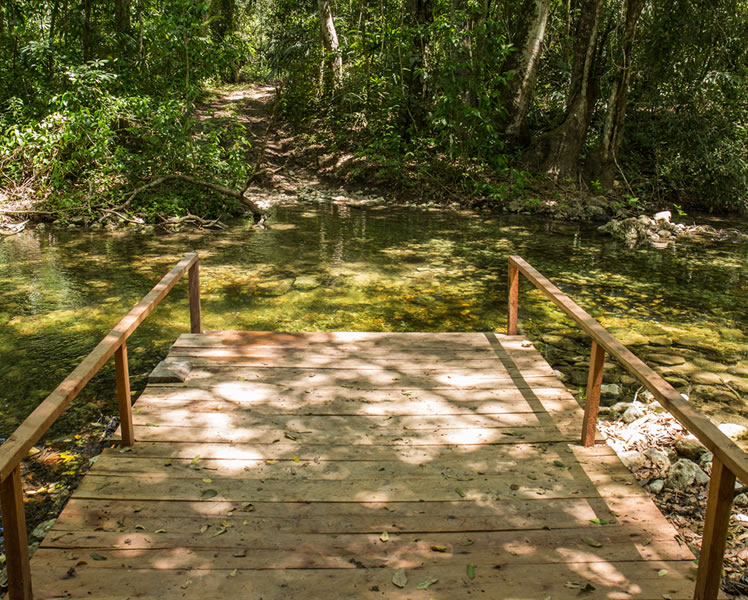 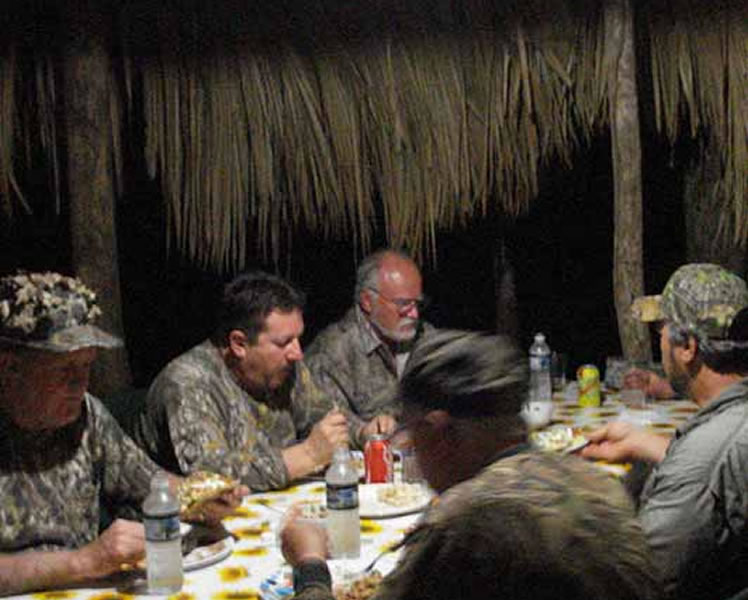 Balam Outfitters is located south Campeche, Mexico on the Yucatan peninsula. Spanning over 200,000 acres of jungle, this is one of the largest habitats for the striking Ocellated Turkey.

Fly into Campeche, MX
Overnight in Campeche at local hotel
4.5 hour drive from Campeche to camp

Hunters,
Get the latest news on upcoming hunting trips all around the world.